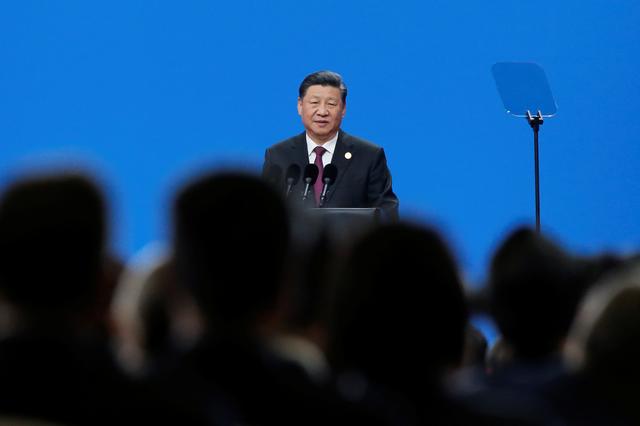 (Reuters) – Chinese President Xi Jinping warned on Sunday that any attempt to divide China will be crushed, as Beijing faces political challenges in months-long protests in Hong Kong and U.S. criticism over its treatment of Muslim minority groups.

“Anyone attempting to split China in any part of the country will end in crushed bodies and shattered bones,” he told Nepal’s Prime Minister KP Sharma Oli in a meeting on Sunday, according to China’s state broadcaster CCTV.

“And any external forces backing such attempts dividing China will be deemed by the Chinese people as pipe-dreaming!” he was quoted as saying.