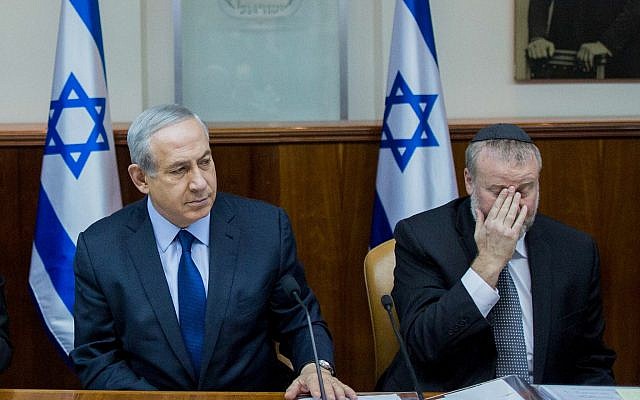 Following is the full text of the Justice Ministry’s announcement that Attorney General Avichai Mandelblit has decided to press charges against Prime Minister Benjamin Netanyahu in three corruption cases, as announced on Thursday, November 21, 2019, and provided by the ministry. It is not to be confused with the 63-page indictment itself.

The Attorney General, Dr. Avichai Mandelblit, has decided to indict the Prime Minister, MK Benjamin Netanyahu (“Mr. Netanyahu”), for offenses of taking a bribe, breach of trust in Case 4000, and for offenses of breach of trust in Cases 1000 and 2000, which he allegedly committed while holding office as Prime Minister and Minister of Communications.